I visited the Vintage Computer Festival Berlin on 4th of October, 2015. The event was situated at the Pergamon Palais, a building of the Humboldt University right close to the Pergamon Museum and across the street from the Zwölf Aposteln restaurant.

Unfortunately I was not able to attend on Saturday. I would have greatly enjoyed the talk by Lee Felsenstein, the designer of the SOL-20 and Osborne 1 computers and an early visionary, who saw the social aspects of computing already in the early 70’s when the people who coined “social media” were not yet even born.

Despite that I was able to see and experience a great range of computers that until then I have only read or heard about. Some of the highlights include a collection of Digital PDP-11, PDP-8 and PDP-10 systems or parts, Felsenstein’s computers SOL-20 and Osborne 1, a selection of interesting DDR hardware including Robotron CM 1910 running Unix, analog computers, a fully functional BTX terminal featuring a live connection to a server providing info about the VCFB event (!), and a full Commodore PET 2001 setup with the 3040 dual floppy drive and the 3022 printer.

There was a separate Game Room set up with gaming machines of various eras which were available for anyone to play, including a couple of arcade machines, 80’s 8-bit computers such as the Atari 800 XL, early game consoles such as a Colecovision, Philips VideoPAC, Vectrex, and peculiarities such as the Nintendo Virtual Boy, a virtual reality headset + handheld console all-in-one that is a clear precursor of the Oculus Rift.

Another great idea was a soldering workshop for kids. Kids these days don’t know how to make a damn they say, well, after this workshop I think a couple of them will.

I attended a talk by Jörg Schilling about the history of UNIX which I found interesting, though I have read and heard about this a few times before.

I couldn’t wait for the prize draw – there was a vote on which exhibition was the best. I voted for the PDP-8 setup! I will definitely visit this event again next year. 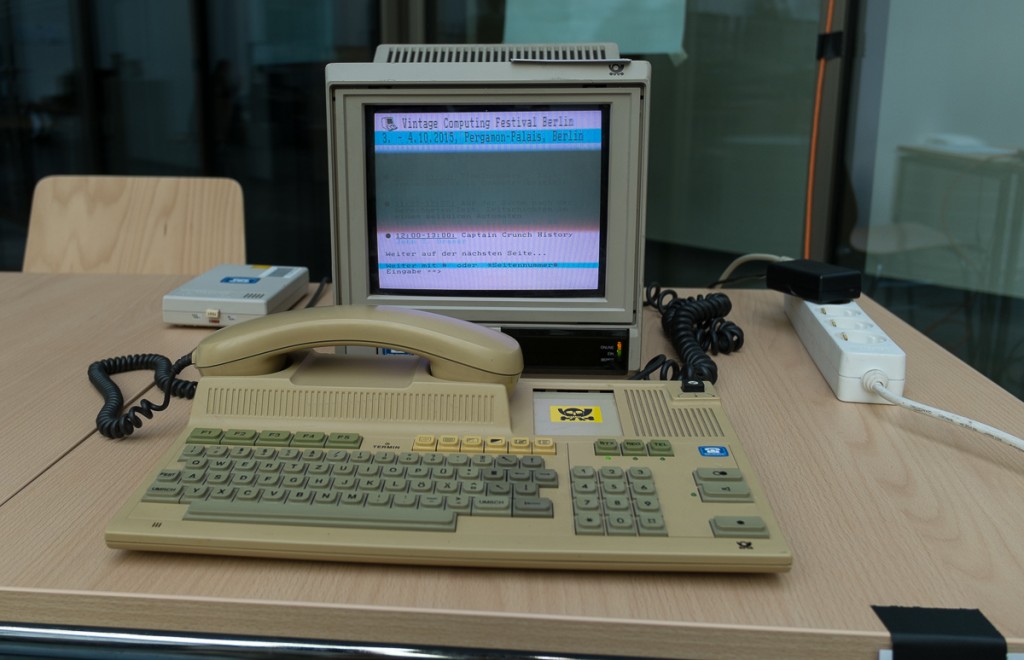 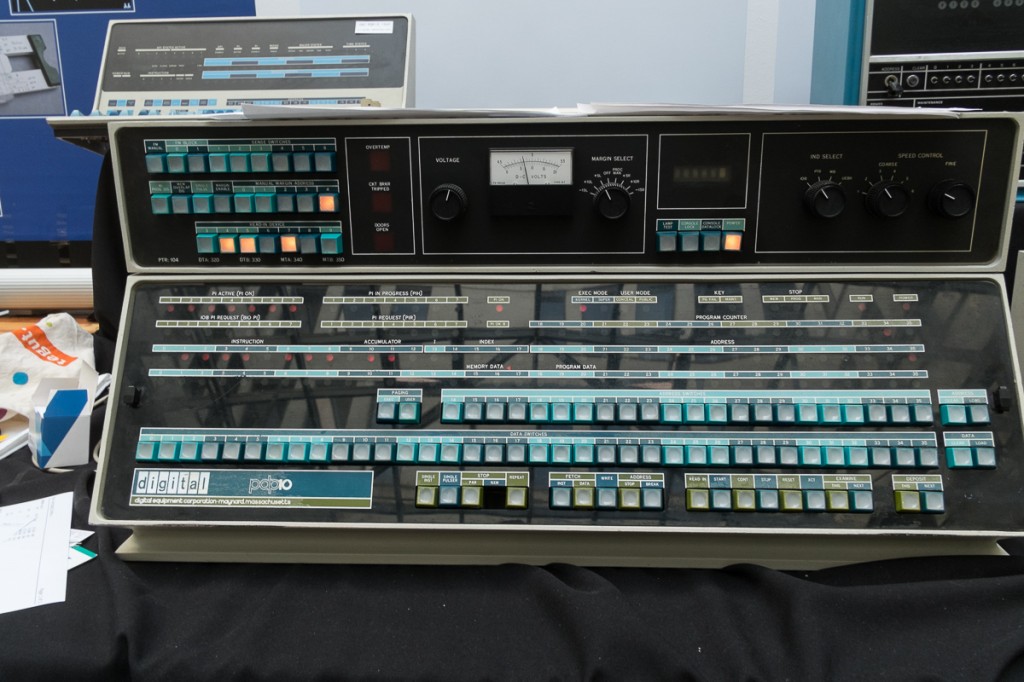 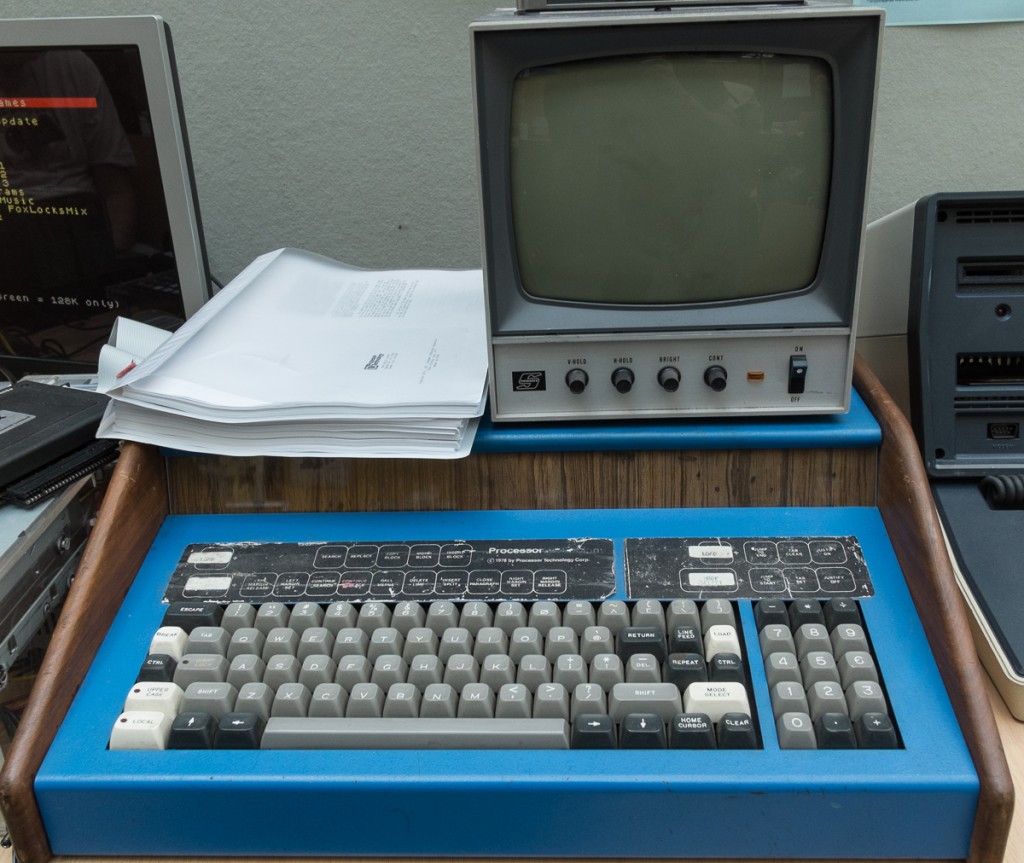 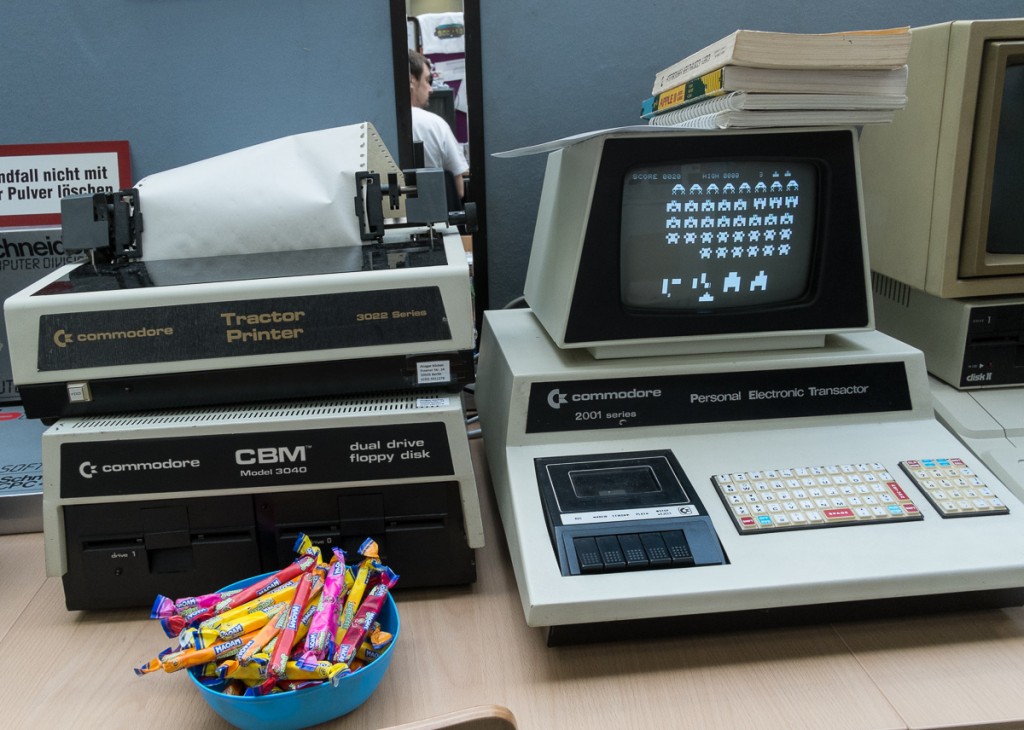 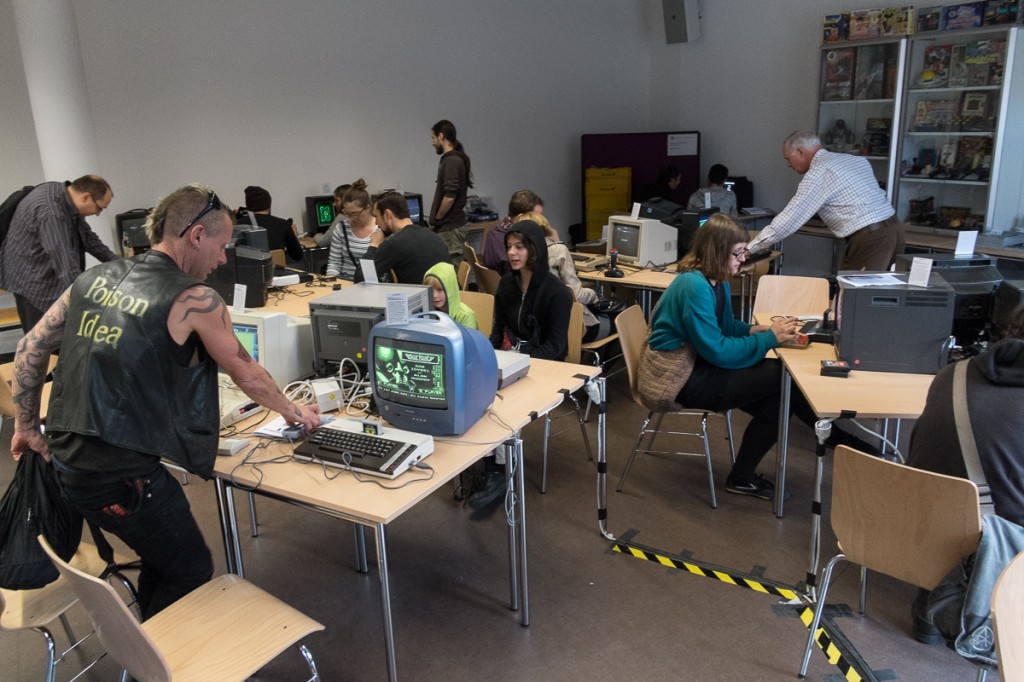