A while ago, Qt Software released some helpful software and instructions on how to make real homescreen widgets on the N900 using Qt 4.6. As I had already previously implemented my Luxus light meter widget as a sort-of homescreen widget – as part of an experiment if it’s possible to do a Qt app for N900 from scratch in one day and get it published too – I was of course intrigued in finding out how easy it would be to enable it as a full-blown homescreen widget. It turned out to be pretty easy! 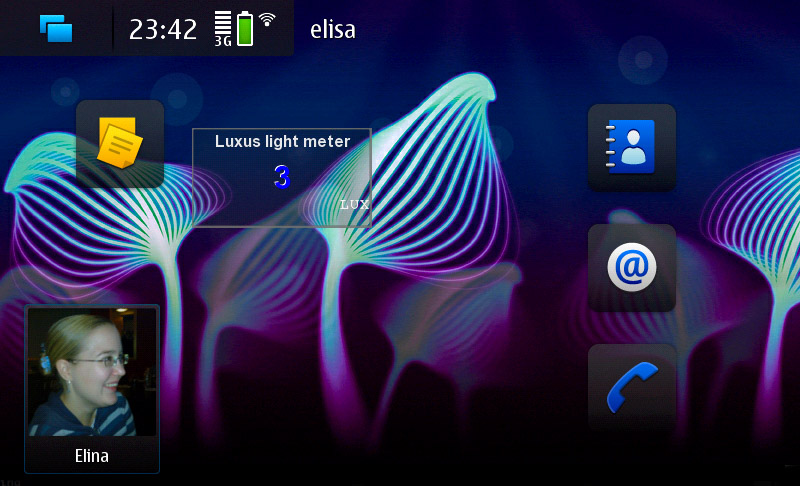 As my application already had the X-Atom things as demonstrated by Qt Software’s previous instructions, I did not need to use the new adaptor class they introduced with this qt4-maemo5-homescreen-example app. All I really needed were:

That was it! By magic, the rest happened by itself thanks to the Qt Software stuff. Now Luxus is installable from Desktop menu->Add Widget.

Of course I didn’t stop there, I also did some visual improvements and bug fixes. One more bug remains to be fixed and that is the displaying of a frivolously small negative number in the EV mode, when the lighting is sufficiently dark. Soon I will also implement the feature additions suggested here previously – and promoting to extras-testing will happen as soon as the situation with the Qt 4.6 packages in Maemo is resolved.

See the package over here: