I thought to give it a try if one could make a Maemo 5/N900 app from scratch, and publish it on the Maemo.org extras-devel repository, all in just one day. Well, it was possible! The result is the Luxus 0.1 light meter desktop widget, and you can get it from extras-devel today. 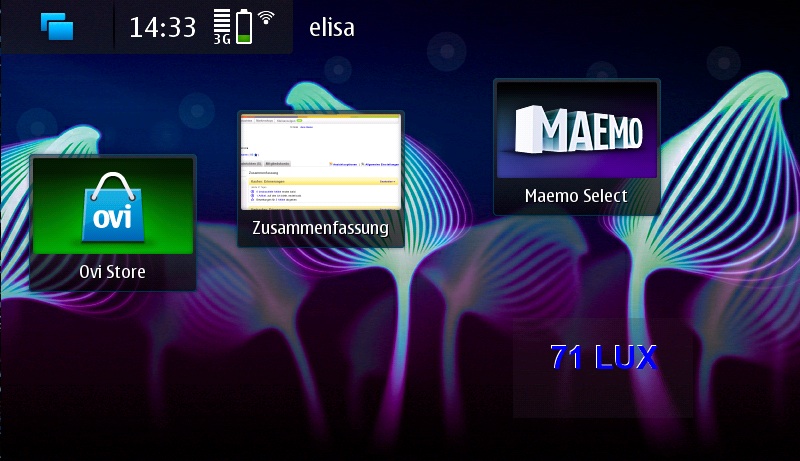 Luxus uses the built-in light sensor ("proximity sensor") of the N900 and displays the current light value either in Lux (hence the name) or in EV (based on ISO 100) which could be usable for photography, but I am not convinced of the meter accuracy, so be careful!

When you start the application, it appears on your desktop as a semi-transparent widget and you can move it around or close it like you would any other widget. Due to limitations of Qt 4.6 for Maemo 5, it can’t as of now appear in the Desktop Menu->Add Widget dialog, but maybe later? Tapping the widget will change between Lux and EV units.

I used the regular Scratchbox approach in Ubuntu 9.10, and Qt Creator for writing the code. I found especially the following web page very useful in doing a native N900 app with Qt: http://wiki.maemo.org/Qt4_Hildon